Don’t love it? Return it any time in the first year of ownership

The iFi Audio Zen DAC V2 is going to turn a lot of heads and we're predicting, will be the go to for any up and coming audiophile looking for an inexpensive DAC/Amp combo. The Zen DAC punches above it's weight and can power most headphones with ease including the Rosson Audio Design RAD-0 Planar Magnetic Headphones.

The Zen DAC V2 is compact enough to use as a USB DAC/amp on your work desk with your much-loved headphones but also stylish enough to use in your home system as a USB DAC. Just add your favourite active speakers or amp. 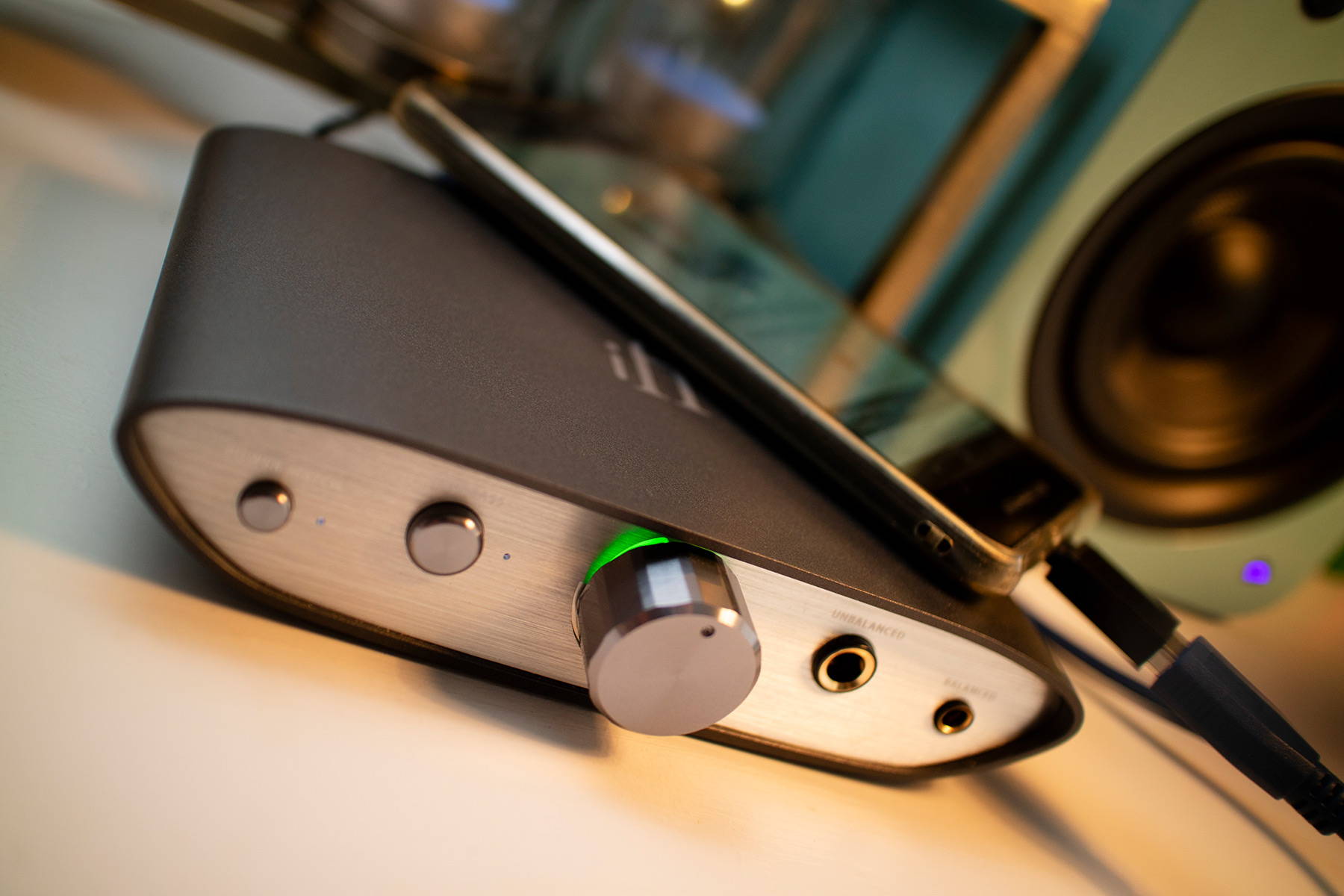 This ZEN DAC V2 is the same award-winning hi-res USB DAC/headphone amp as before but with added oomph!

We’ve upgraded its digital engine from an 8 core XMOS chip to a 16 core chip. It’s ultra-capable while still being super-affordable.

Compact enough to use as a USB DAC/amp on your work desk and stylish enough to use at home with your favourite active speakers or amp, it delivers a level of specification and performance that punches above its super-affordable price tag.

Thanks to the 16 core tech, the ZEN DAC V2 is now an MQA Decoder rather than a Renderer only.

This enables you to play back MQA audio files and streams, delivering the sound of the original master recording. The LED glows green or blue to indicate that the unit is decoding and playing an MQA stream or file, and denotes provenance to ensure that the sound is identical to that of the source material. It glows blue to indicate it is playing an MQA Studio file, which has either been approved in the studio by the artist/producer or has been verified by the copyright owner.

MQA rendering technology (used in the original ZEN DAC among other iFi products) connects to an MQA Core signal (such as TIDAL) and completes the final unfold of an MQA file. Usually, the computer has carried out the decoding. 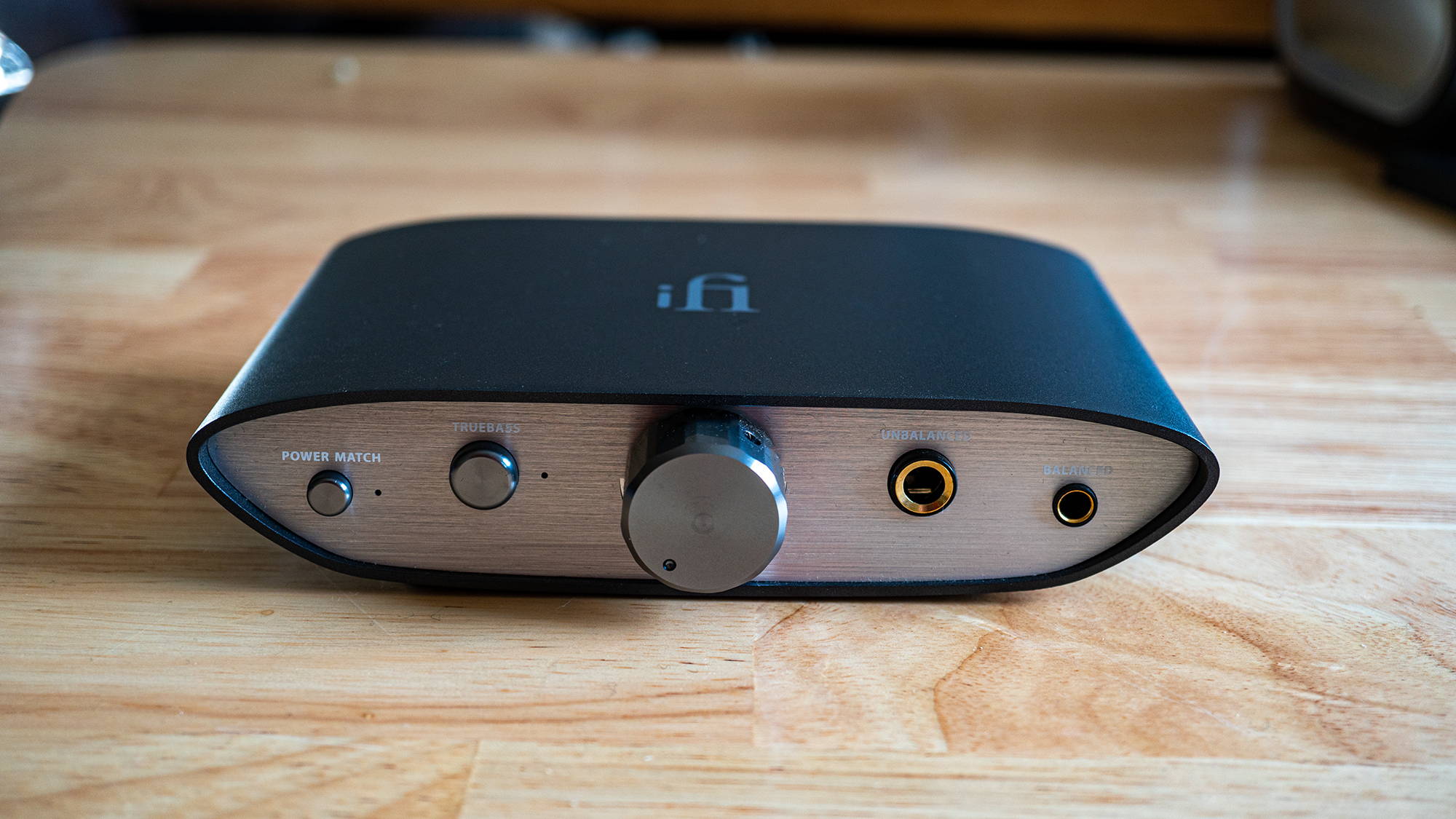 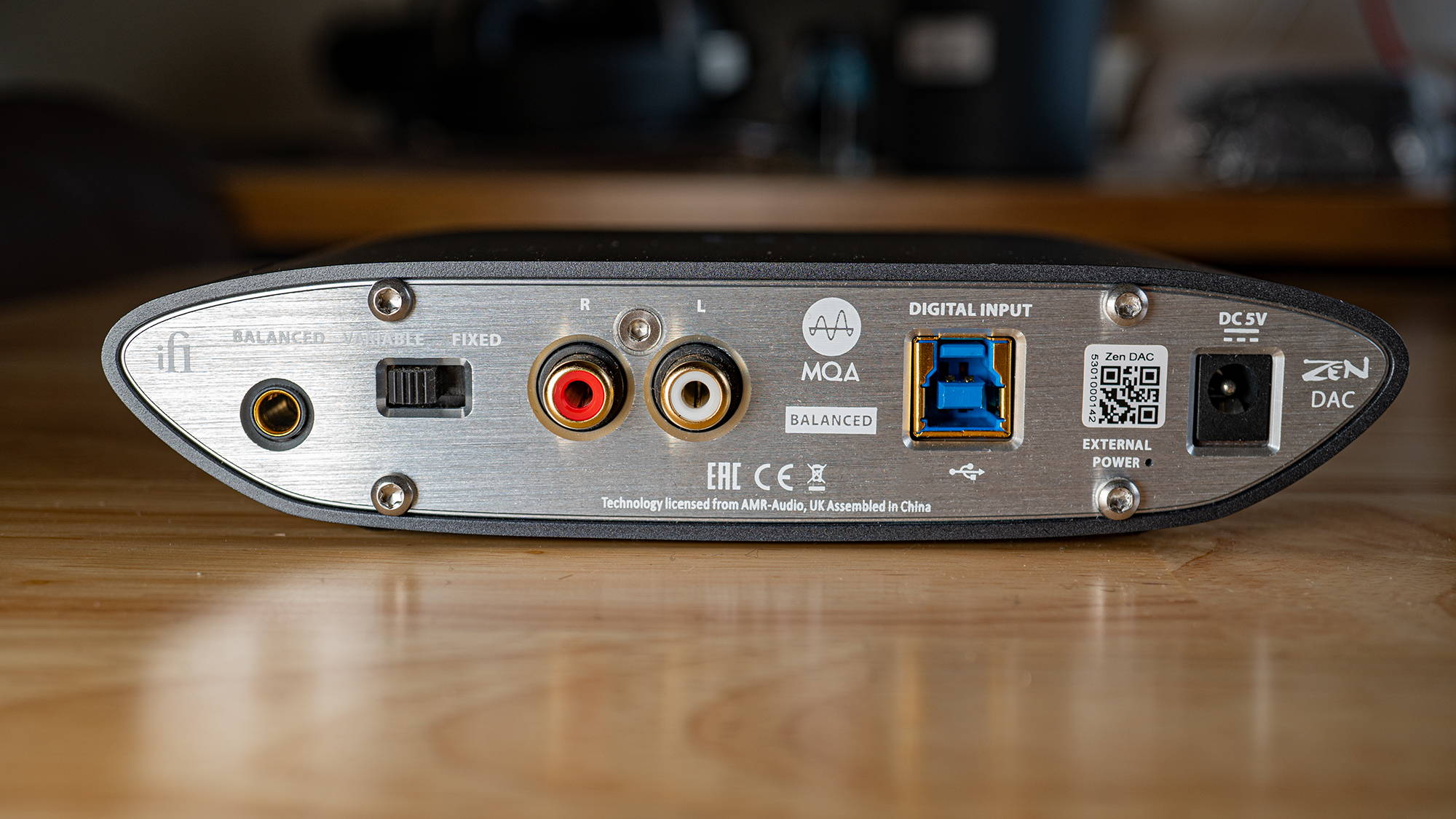 A new and improved low jitter, crystal clock means >20dB better performance. The super-low noise performance means the ZEN DAC V2 will remain quiet even in noisy situations such as yachts or RVs.

The balanced design for the analogue stage – rare and not found at this price point – makes it pretty special and delivers the best sound quality, normally found in higher priced models.

The ZEN DAC V2 sports Pentaconn 4.4mm balanced outputs at both the front and back. On the front, there’s also the popular 6.3mm headphone socket.

Switch effortlessly between ‘variable’ and ‘fixed’.

Set to ‘Variable,’ use the ZEN DAC V2 as a pre-amp to feed a power amp or active speakers.

On ‘Fixed’ to bypass the volume control. Connect to an external pre-amp or integrated amp. 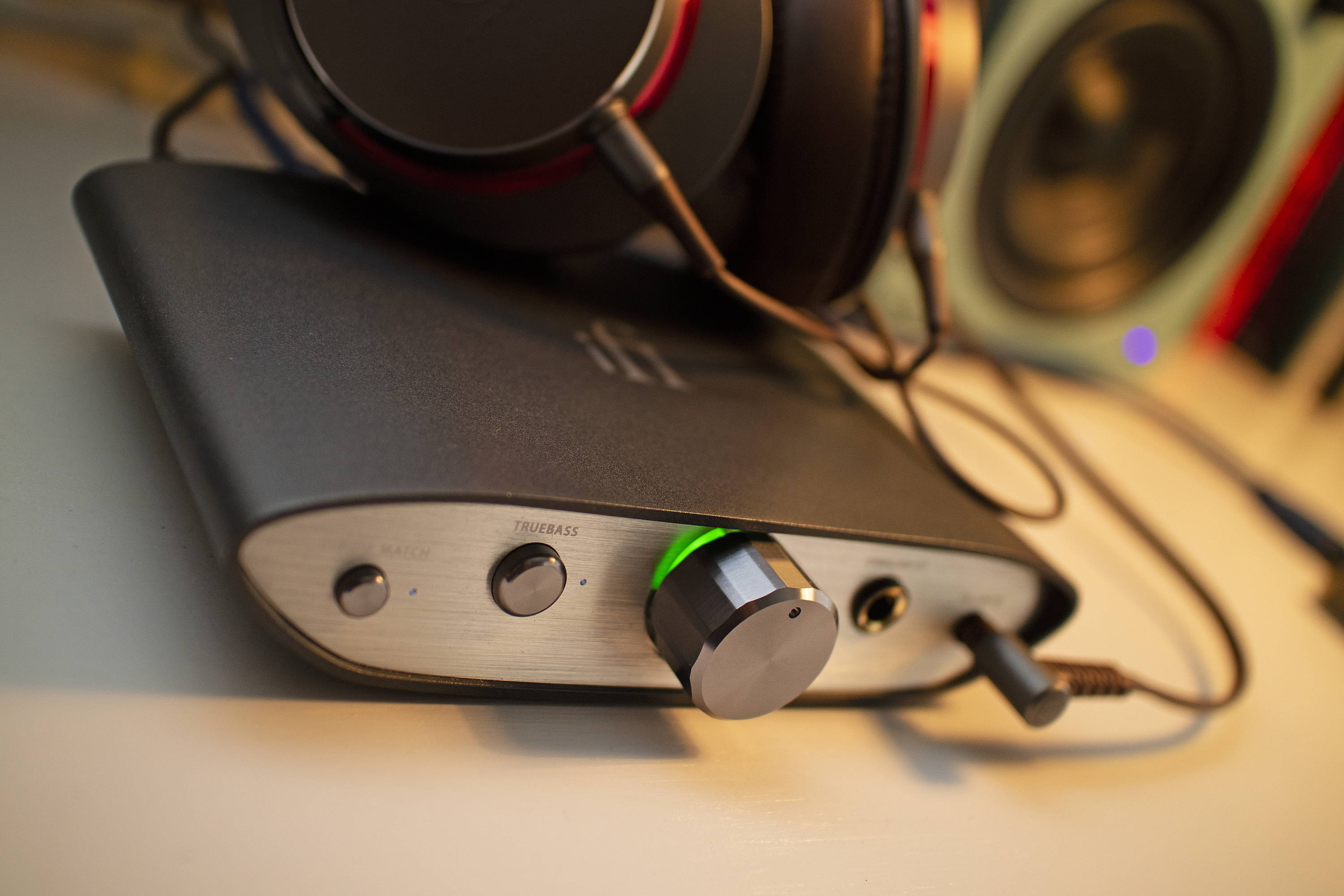 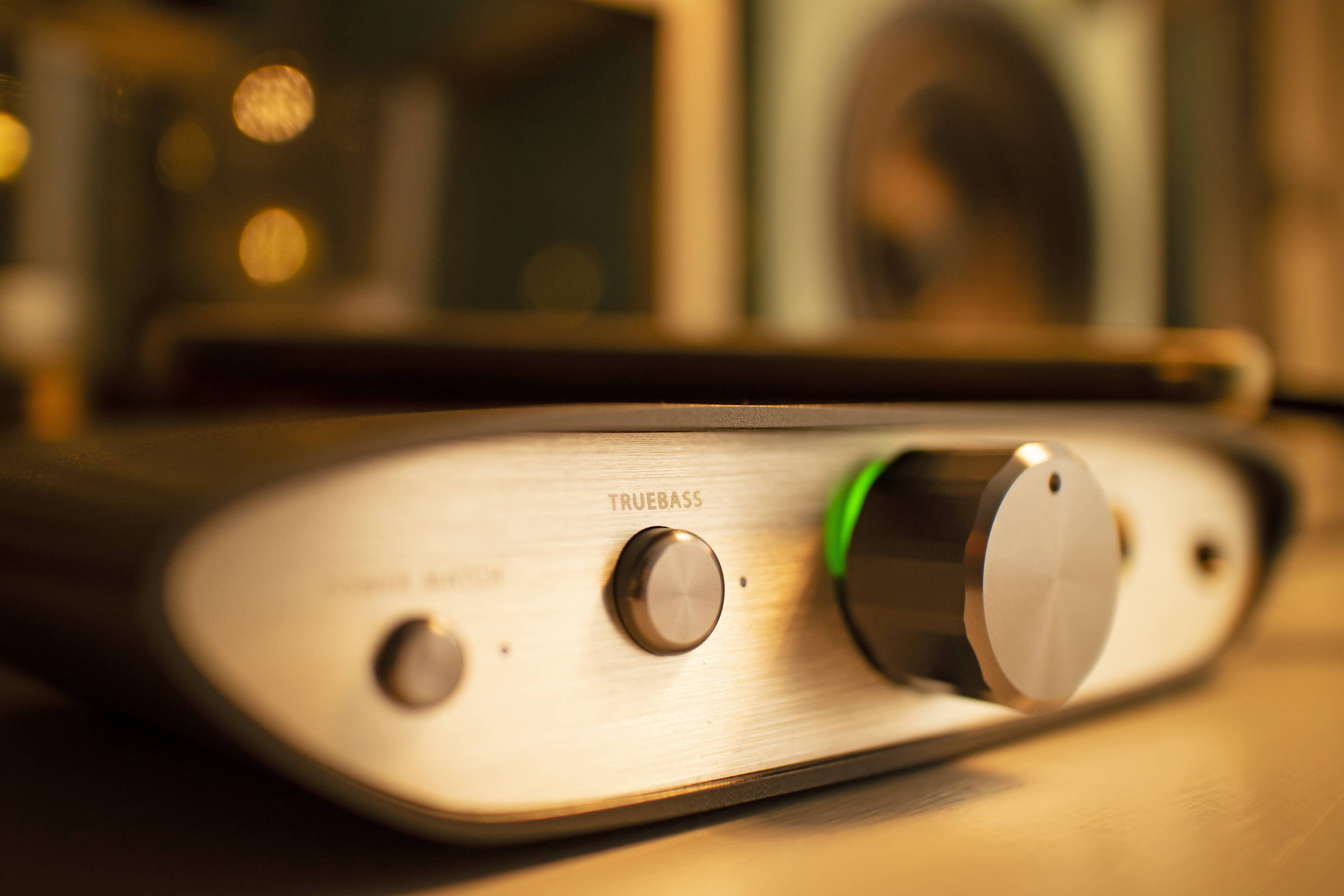 Our headphone amp has PowerMatch – switchable gain to perfectly match your headphones.

For IEMs, normally high-sensitivity, leave PowerMatch at its lower setting for hiss-free listening.

The ZEN DAC V2 boasts TrueBass. This proprietary tech is a switchable ‘bass boost’ operating in the analogue domain. There’s no DSP with iFi gear.

TrueBass enhances the bass but does not muddy the mid-range. Perfect for use with IEMs or open-back headphones which often lack bass.

The ZEN DAC V2  is the ultimate chilling machine. Tune in and ZEN out.